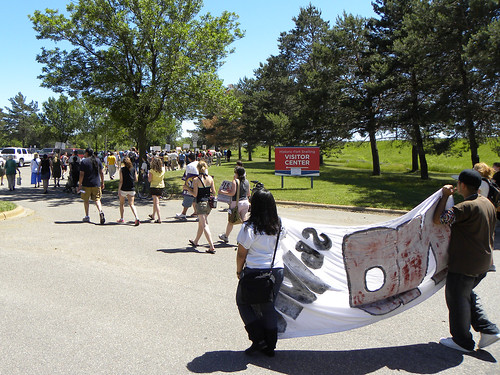 In Mendota and at Fort Snelling, there was a protest about the not too long ago passed immigration law in Arizona and versus a similar law proposed for Minnesota. Native Us residents also protested the existence of Fort Snelling, and termed for it to be removed and returned to them.